It's Slinky, It's Slinky the Favorite of Girls and Boys!

In the bountiful box of school supplies collected and donated by my sister's friends at her annual Christmas, there were a dozen Slinky toys.  I decided to bring them into the classroom and incorporate them with "identifying prepositional phrases."

On the internet, I discovered an adapted version of the popular jingle that I can now not get out of my head, and I welcome you to be tormented too!

Who walks the stairs without a care - it shoots so high in the sky.
Bounce up and down just like a clown.
Everyone knows it's Slinky!

The best present yet to give and get - the kids all want to try.
The hit of the day when you are ready to play.
Everyone knows it's Slinky!

Can you identify the prepositional phrases in the jingle that are used?  Careful don't be misled by the infinitive phrases.

What walks down stairs, alone or in pairs, and makes a slinkity sound?
A spring, a spring, a marvelous thing!  Everyone knows it’s Slinky.

**The jingle was created in 1962 and it is the longest running jingle in the history of advertising.

History of:  Compliments of Wikipedia -

The toy was invented and developed by naval engineer Richard James in the early 1940s and demonstrated at Gimbels department store in Philadelphia, Pennsylvania in November 1945. The toy was a hit, selling its entire inventory of 400 units in ninety minutes. James and his wife Betty formed James Industries in Philadelphia to manufacture Slinky and several related toys such as the Slinky Dog and Suzie, the Slinky Worm. In 1960, James' wife Betty became president of James Industries, and, in 1964, moved the operation to Hollidaysburg, Pennsylvania. In 1998, Betty James sold the company to Poof Products, Inc.
Slinky was originally priced at $1, but many paid much more due to price increases of spring steel throughout the state of Pennsylvania, and has remained modestly priced throughout its history as a result Betty James' concern about the toy's affordability for financially disadvantaged customers. Slinky has seen uses other than as a toy in the playroom: it has appeared in the classroom as a teaching tool, in wartime as a radio antenna, and in physics experiments with NASA. Slinky was inducted into the National Toy Hall of Fame at The Strong in Rochester, New York, in 2000. In 2002, Slinky became Pennsylvania's official state toy, and, in 2003, was named to the Toy Industry Association's "Century of Toys List". In its first 60 years Slinky has sold 300 million units. 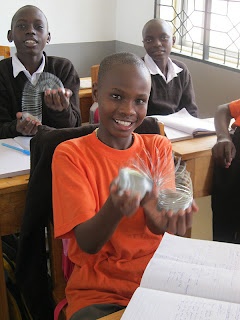 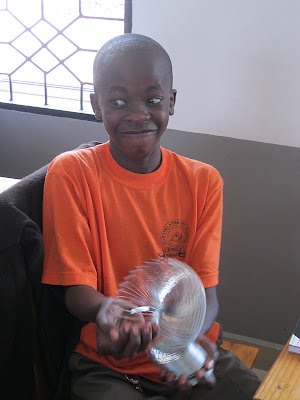 "Everyone knows it's Slinky"... Are you singing?